#3 ‚Äì Business Partners: Got Partner Pain? Which of 5 Signs Threaten Your Success? 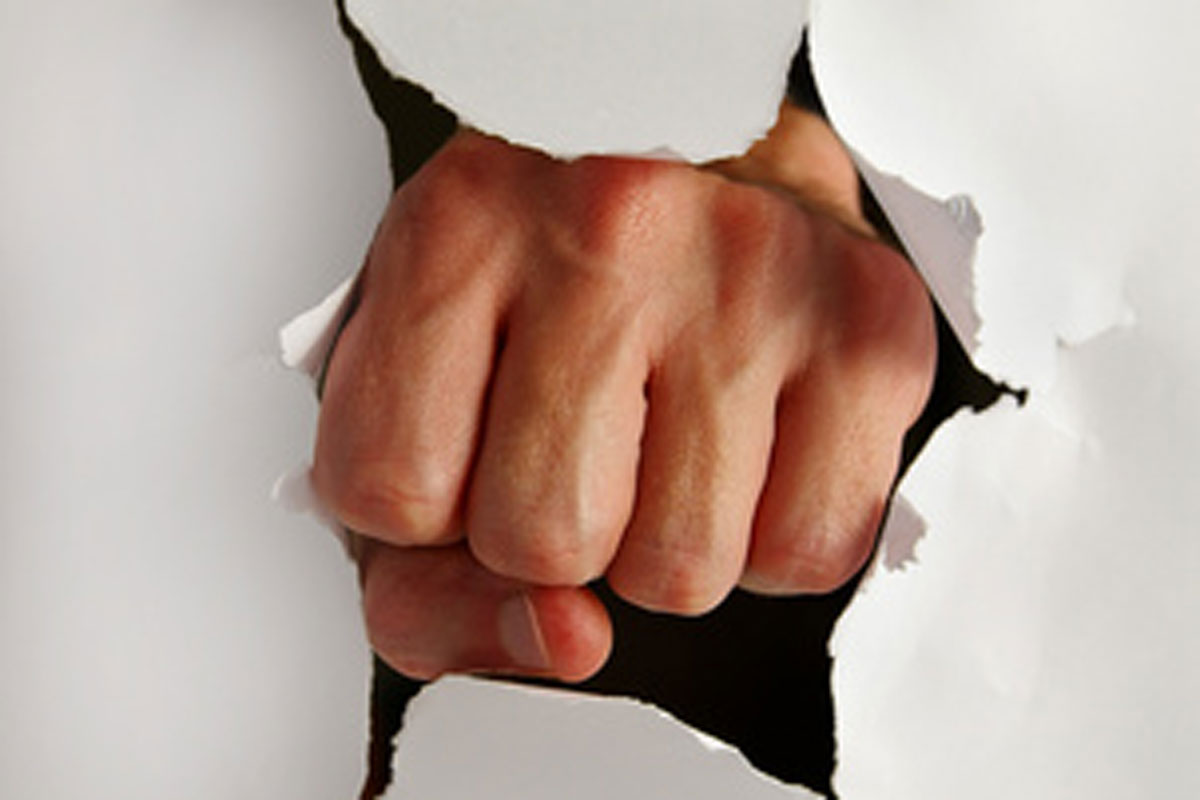 #3 ‚Äì Business Partners: Got Partner Pain? Which of 5 Signs Threaten Your Success?

SIGN #3 ‚Äì Is This Going On In Your Business Partnership?¬ÝSquare Peg In Round Hole

‚Ä¶ When what you do in your functional role isn‚Äôt producing results, the square peg round hole problem is a symbol of change. You‚Äôve changed. Your partner‚Äôs interests have changed. The company needs might not mesh with partner desires: friction results.

In this series of blog posts, we‚Äôll present each of the signs and what to do if you‚Äôve got this partnership pain. Make sure you read all the blog posts in the series‚Ä¶ you may have more than one.

Why bother to consider re-committing to your business partner? In a 2008 study of US Companies by the Small Business Administration, companies run by partners beat sole proprietors hands down‚Ä¶ Over 30 years, partnership revenue went up by 157% over 30 years. Sole proprietors lost 7% year over year.

Keep reading to know if you‚Äôve got the pain, and most importantly,¬Ýwatch this video for eye-opening strategies to fix business partnership hassles, so you know what to do about getting back in the driver‚Äôs seat‚Ä¶ then you can re-commit with the right rocket fuel in place‚Ä¶ or divorce without blowing up your business investment.

When you and your partner started your business, you both had to wear a lot of hats. Now that you‚Äôve become successful because you‚Äôve grown and hired people, you may have shed some of those hats‚Ä¶ and maybe never picked up the one that was the best fit for you.

Take Tom for instance. He started life as a software guy. His genius at developing product concepts built this company from a struggling start up to a multi-million dollar force in the hospitality industry. His product stood high on Gartner‚Äôs list alongside the big guys.

But Tom wasn‚Äôt too happy any more. His job wasn‚Äôt to sit and code any longer. He had a product management team, a development team and a product road map to develop. 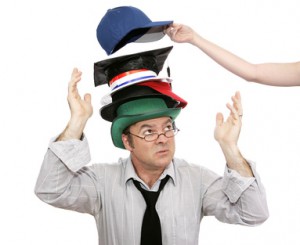 Tom‚Äôs partner, Peter, was the rainmaker, and the guy who got things done. Peter was also trying to set aside time to be the President. He would do that by reminding Tom they needed that product road map.

Their clients were waiting for the product road map so they could make crucial decisions‚Ä¶ ‚Äúlike jump ship to switch to the next up-and-coming product with more shiny features‚Äù,¬ÝPeter would warn.

Tom tried to organize his product guys to think about what should go into the product next. They did some research. Gathered some data. But short of adding yet another feature that few of their clients would ever use, Tom was at a loss for inspiration. In fact, Tom was frankly completely lacking in motivation to do anything on the product road map. He couldn‚Äôt see the point.

Peter hammered the point home at every opportunity. He couldn‚Äôt see what on earth could be taking so long to map out a few new features, illustrate it and get it out in front of their clients. As the Rainmaker, Peter never wanted to see a client leave for lack of a few bits of information.

Tom saw a bigger strategic problem he could solve for their clients. But it would mean turning their company into a service provider, not just a software company.

Tom envisioned leading the exploration with clients about what would make their companies more profitable, and using their software reporting system as the backbone to reveal these nuggets.

Peter was not about to change the nature of the company ‚Äújust because Tom is having an identity crisis!‚Äù

Was Tom having an identity crisis or had he become a square peg in a round hole?

They needed to ask the bigger question, which hadn‚Äôt occurred to either partner: Did the company‚Äôs target market need a profitability improvement service? Or did they just need a few more bells and whistles in their software?

Both Peter and Tom wanted to be right about their perspective of what the market was telling them. 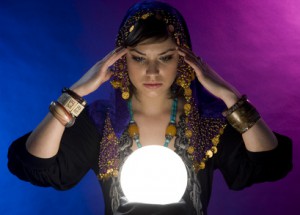 To Tom, Peter was deaf to change.

To Peter, Tom was trying to fill shoes bigger than his talents, and the company‚Äôs pocket book.

A war of endless words ensued.

Who would win this argument?

Sick & Tired Of Arguing With Your Business Partner? Then Click Here To Watch This Free Video.

The truth didn‚Äôt come out easily. After much reflection, debates and finally productive and meaningful discussion, Peter was finally able to say that he didn‚Äôt want to take any risks with the company‚Ä¶ there was plenty of companies in the industry that they had yet to sell to who would love their product. They should just stay the course, in his opinion.

That realization helped grease further enlightenment between them.

Tom said that he really couldn‚Äôt face running product development anymore. He had lost his enthusiasm to do such tactically, mind-numbing work. He wanted to takeover as President so he could lead to this bigger future he envisioned.

But what did the company need? It‚Äôs vital that we, as consultants, speak on behalf of the¬Ý 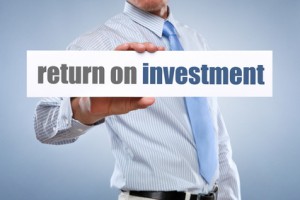 There were two people for three slots. There was not another slot open, other than President, in Tom‚Äôs mind. In Peter‚Äôs mind, he was already doing the job of President.

If Tom did not want to be the VP of Product Development any more, then the company had an empty position to fill.

If Peter wanted to stay President, then he had to really lead the company given the size it had become, not just the sales department.

Tough words. But they cleared the air so that these partners could see their options clearly, wearing the right hats.

That left one issue left on the table: should the company move into the service realm? The real answer could be found only in analysis, not a war of attrition.

1) Only if it could afford to replace the VP Product Development and hire someone to develop this new business.

2) Only after surveying their customers to find out who would be first to use such a service.

3) To do the survey, they would have to create a description of the service.

4) To do this exploration, they had to decide it was worth pursuing now, in the face of the fact that they still didn‚Äôt have a product roadmap and someone to lead that work.

Tom saw the writing on the wall. He wasn‚Äôt willing to do the job he had responsibility for any longer. He promoted one of his team members to lead product development.

Peter offered to buy out Tom. 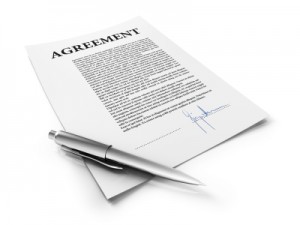 Tom offered to buy out Peter.

In the end, Tom knew he needed to find greener pastures. He accepted the offer and left the firm he started.

Tom had become a square peg in a round hole. It was really hard to come to terms with this reality.

If you‚Äôve got partner pain like Tom and Peter and are wrestling with whether to re-commit, or split without killing each other or the business,¬Ýwe‚Äôve got a powerful free video for you so you can figure out what‚Äôs burning a hole in your partnership.¬ÝYou‚Äôll get insight into how Tom and Peter had to deal with their differences so you can see how the square peg in round hole syndrome shows up in your business.

Three years later, Tom‚Äôs doing the kind of consulting work he loves. No boss. No deadlines. To him, he‚Äôs filled the hole he had in his life, perfectly.

Peter hired a VP Business Development to replace himself as rainmaker and a General Manager who could grow the business strategically, for him, in a way that he now knew he couldn‚Äôt. He accepted the role of sole shareholder and chairman. Now he just helps everyone get stuff done‚Ä¶ a role he loves and he‚Äôs highly skilled at.

Do you think you or your partner has become a square peg in a round hole? Are strengths, talents, or interests in conflict with what the company needs from that role?¬ÝWatch this video to find out.

Describe what you notice in the comments below. How is this situation affecting your business?

Do you have any of the other signs going on in your business, that add to the confusion and pile up the partnership pain? Read on at the links below so you know what you can do about it.